GameStop, cryptocurrencies, global central banks and a long list of questionable corporate debt are acting as if the speculative party will never come to an end.

GameStop is in the News Again Today

GameStop has seen a rise in value the past two days which has doubled its value and calls into question the amount of risks retail speculators are taking within GME. Speculators are again singing the praises of the stock listed on the NYSE as analysts point to potential dangers.

Tether and Bitfinex have come to an agreement with New York State and made a monetary settlement via an 18 million USD fine, but the cryptocurrency giants have accepted no blame except to say they are intent on being transparent moving forward.

Federal Reserve Chairman Jerome Powell testified a couple of days ago with his semiannual Monetary Policy Report in front of Congress.  Powell stated that the US central bank’s policy includes low interest rates for a long time and because of this practice, the ‘printing of money’ via the Treasury with government bonds is not going to cause inflation.

Also, over the past month a variety of analysis from financial circles including the Wall Street Journal has begun to look deeper into the current cycle of corporate debt which finds corporations clamoring for money and issuing low interest rate denominated bonds, even when their financial accounting reports are not considered credit worthy.

Governments across the globe continue to fight the economic implications of coronavirus with massive stimulus. The US government leads the pack within expenditures and a recent stimulus bill which was brought forth but not approved yet includes a litany of money for realms – government institutions – outside of the coronavirus fight, which calls into question long term budgetary and fiscal concerns.

This Time May Not be Different

On the surface everyone is participating in a speculative festival and trying to capture cheap money and profit from its use. However astute and experienced financial advisors have a saying that the four most expensive words in the world are, ‘this time is different’.  The notion that our collective knowledge we have attained in investing is somehow going to lead us to the golden goose which is producing its gilded eggs is tempting, but it often leads to folly and costly mistakes.

GameStop was trading near 40.00 just two days ago and has suddenly sprang from the ashes like a ‘Phoenix’ as it moves near the 90.00 USD price vicinity. If the move by GME is not the definition of a speculative play after the price action the company has seen since the beginning of the year then it is time to look at another investing dictionary. 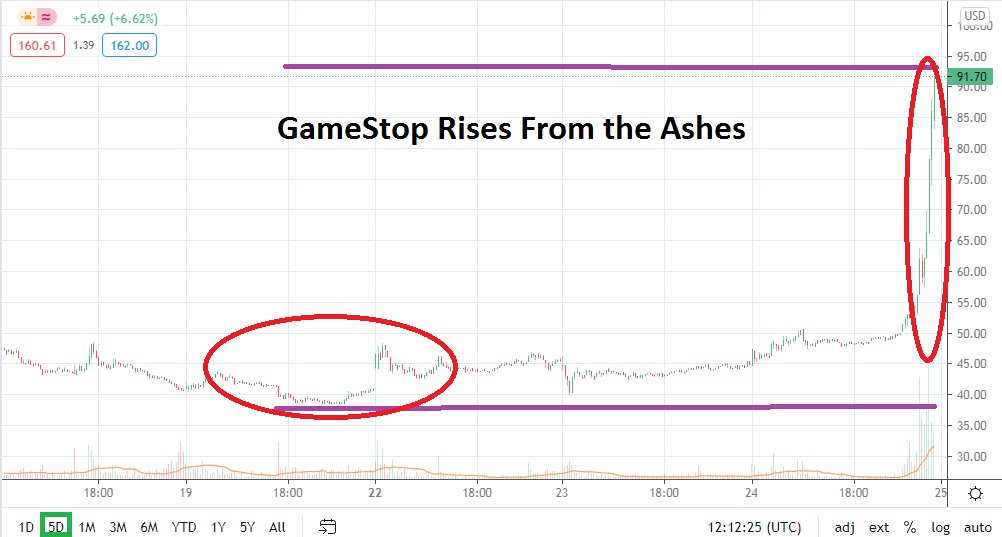 The move in GameStop is being propelled by what exactly? Some are pointing again to the Reddit wallstreetbets group, but it is likely additional actors are involved too. And the same questions may come into play in the next few days if volatility increases with a sudden downward trajectory when and if margin calls start surfacing again – who is to blame?

The cryptocurrency world got a dose of good news on Tuesday when New York State announced agreement has been reached with Tether and Bitfinex with a penalty of 18 million USD needing to be paid by the companies which work under the corporate umbrella of iFinex. The announcement of a settlement while quietly problematic regarding cryptocurrency accounting practices, allowed speculators within the cryptocurrency world to let out a sigh of relief and potentially helped spur on confidence in BTC/USD.

However, the cryptocurrency world remains well within the definition of an exuberant speculative marketplace and traders need to remain cautious. The lofty highs of BTC/USD, ETH/USD and a host of other digital currencies should be carefully considered. While ‘influencers’ are keen to repeat their mantra of ‘hold on for dear life’, speculators who have profited within cryptocurrencies like Bitcoin should legitimately think about cashing out profits if they are able. 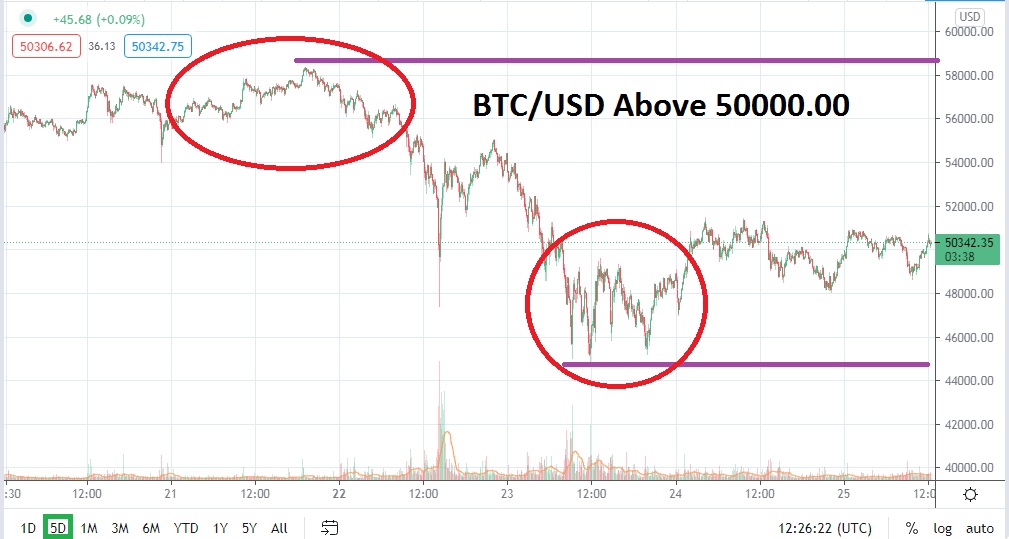 While BTC/USD remains above 50000.00 it must be saluted for having achieved a value increase which it astonishing. However, speculators who are trading the cryptocurrency also must be ready for the potential of reversals lower from Bitcoin which have historically been part of its trading landscape.

Perhaps this time is different for GameStop and Bitcoin. Perhaps corporations which are loading up on corporate debt even as their credit ratings are less than stellar are correct too. Perhaps this is the time for everyone to be in a speculative mood.

Zero Interest Rates and Cheap Money for All

Governments’ are certainly adding to this party mood as they make it clear money will remain cheap. Major global central banks like the Federal Reserve, Bank of England, European Central Bank and Bank of Japan are all practicing what can be described as zero interest rate policies.

The problem for speculators however is that if something goes wrong, things can get very expensive quickly. In 2008 the world financial crisis hit and brought many banking institutions to their knees, and now coronavirus has hit and caused governments’ to react breathlessly with stimulus packages as they wage a battle against the vast economic implications.

Speculators cannot be blamed for trying to profit. However they should also acknowledge that sometimes a strong amount of logic and caution is appropriate. Gold is trading within shouting distance of six month lows. Is now the time to speculate on this safe haven asset? 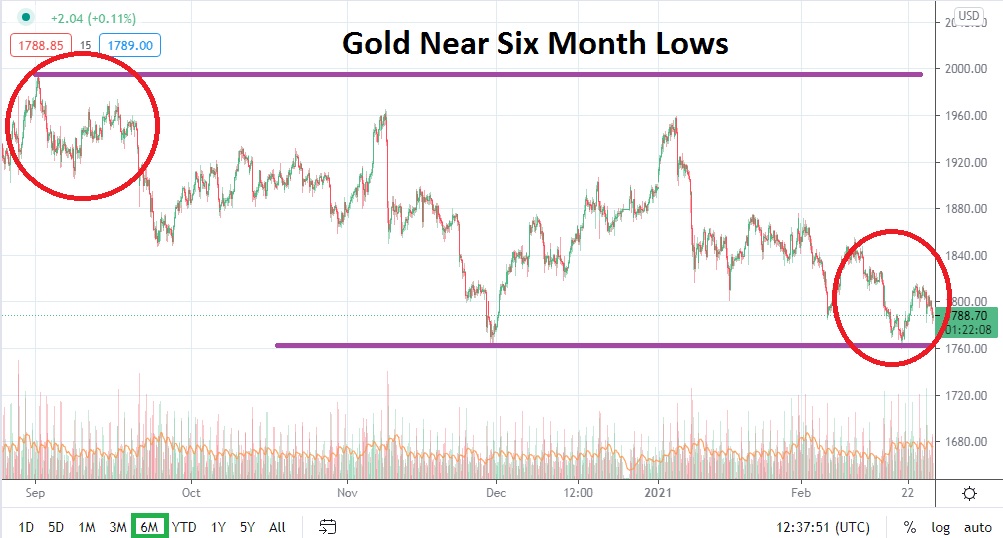